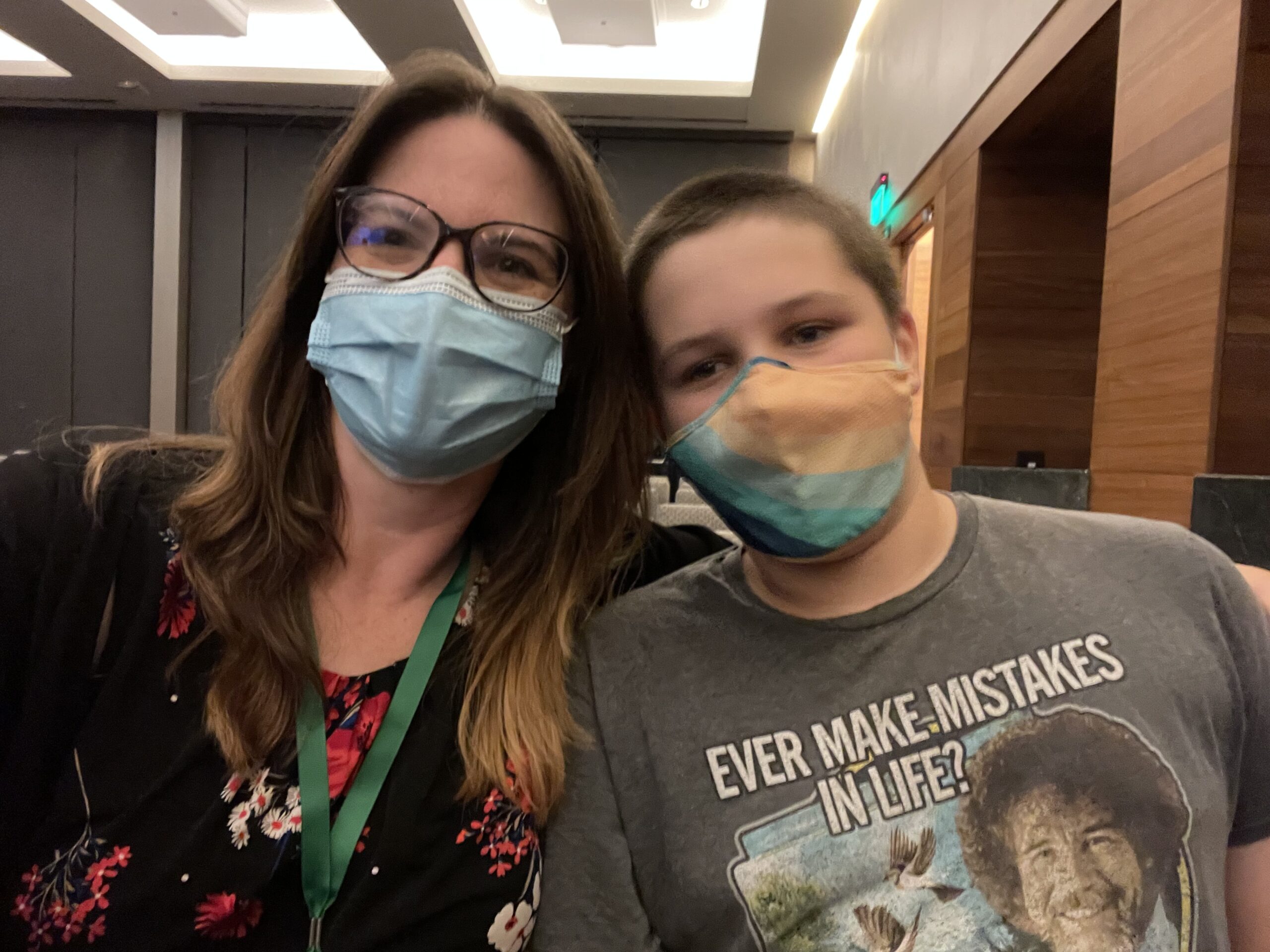 I have a contemporary fantasy novel that was mostly written during NaNoWriMo 2007. It was the only NaNo I “won” and is the only book I have finished. I worked on it for a while, took a class on how to market & pitch your novel, and by 2009 had decided it wasn’t finished after all.

I worked on it infrequently after that until I gave up. I decided I’d been working on the book too long, the spark was gone, and I may as well start something else. But I didn’t. In the years since, I’ve written blog posts, a couple of short stories, and 2/3 of a season of Outlander recaps. I’ve had ideas for two different mysteries that I’ve created characters for and played around with, but not written.

Like many Americans, I hit a mental health low during 2020-2021 and got myself some long-overdue therapy and medication. Since then I’ve become more active — exercising semi-regularly and gardening again. This past year we did a lot of work on our backyard to make it an inviting place (which I’m enjoying as I write this). I’m coping better.

This year I re-joined the Pacific Northwest Writers Association (annual membership: $65) and re-subscribed to The Writer ($38) and Writer’s Digest ($20) magazines after a decade-plus break. PNWA has an unpublished literary contest. The ads for this year’s contest said, “Be Brave and Enter.”

Be brave . . . in February 2022, I dusted off my 2007 manuscript and the book summary I’d created in marketing class, and submitted it in the Fantasy/Paranormal category (contest fee: $40).

When I turned 40, my mother told me my grandmother had always said, “life begins at 40.” Then she added, “But Grammy had her kids earlier in life than you did, so maybe for you, life will begin at 50.” I’ll be 50 in January and I’ve spent the past year feeling like she was right; I’m almost there.

I found out in August that my book was one of eight finalists in the Fantasy/Paranormal category. When she called to tell me, PNWA’s President asked, “Are you going to the conference?” PNWA has a conference each September. I’ve always wanted to go, but could never justify the expense. Plus, the conference is Friday-Sunday, and this year my husband was already planning to be out of town that weekend and I couldn’t take the Friday off work. I told her no.

Contest winners are announced during an awards dinner at the conference. Over the next few weeks, more information trickled in:

I kept thinking about it and talking to my husband about it. At one point he said, “This could be huge for you.” I said, “First prize is $600, so if I win, it would cover the conference fee, but not the hotel. I have a 1-in-8 chance.”

I decided to go, and to get a hotel room with two beds so that if one or both of our younger kids needed to come with me, they could. I rationalized that the finalist discount compensated for having to miss all the workshops on Friday (discounted registration: $410).

Our youngest (age 12) ended up as my hotel roommate (two nights at the conference rate, plus tax: $394). The conference was at a gorgeous new hotel that charged extra for everything. Their café was overpriced and overwhelmed; we went there twice and they were out of half the menu items (late-night snack and grab & go breakfast: $50). Facing the prospect of four more meals at the hotel, we went to a nearby Target at lunch on Saturday to stock up on food and some toiletries we’d forgotten (parking: $3; Target run: $69).

I attended the welcome event Friday night (glass of wine: $11; books: $53), workshops all day Saturday, and the awards dinner that night (two cocktails: $26). I learned things, I met other writers, I had fun. People congratulated me on being a finalist and asked about my book. I told them I planned to write a mystery next. My book did not win; it did not even place. No one whisked me away to the special reception with agents and editors. On the other hand, I did not feel the crushing embarrassment at losing that I had feared. It was okay.

By Saturday night, my kid was super tired of hanging around the hotel room by himself. I convinced him to come with me to a late-night showing of The Princess Bride with commentary on its story structure and craft. By the time The Man in Black reached the top of the Cliffs of Insanity, my kid asked if we could leave. (He didn’t even want to stay for the sword fight!) It was late. We went to bed.

This morning (Sunday), he woke up sick and wanted to go home. We checked out of the hotel at 9:30 AM. I missed the morning workshops and the closing brunch, but it was okay. I came home, wrote this, and updated my blog for the first time since April 2020.

This site uses Akismet to reduce spam. Learn how your comment data is processed.